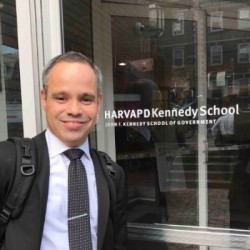 The generation and management of energy is an important challenge for every city. Governments worldwide are making it a goal to develop clean and renewable energy to ensure energy sufficiency and security. Meanwhile, the mass production of solar panels in Asia has made the generation of solar energy more affordable.

However, for many who live in apartments in big cities with no “free roofs” to install the panels, how can one benefit from this renewable source of energy?

A start-up called  Sun Electric (www.sunelectric.com.sg) was created to address this problem. Founded by Dr Matthew Peloso in Singapore, Sun Electric’s mission is to empower cities to produce and consume clean energy. The Sun Electric Group oversees the scalable management of infrastructure and a central power system operations platform that embeds solar energy into a city’s energy mix. They provide clean electricity products to electricity consumers through its proprietary SolarSpaceTM program.

The use of solar energy reduces a city’s dependence on fossil fuels and makes the air cleaner. Sun Electric’s systems operates within local buildings and through the national power grid. The electricity generated can be packaged and sold to any connected and contestable electricity user in the city. Currently, Sun Electric is working with property owners to expand its solar energy generation capacity, allowing them to sell clean solar energy to more people who continue to demand more clean energy.

On 29 February 2016, Sun Electric announced its first live distribution of solar-generated electricity to its customers through the Singapore national power grid.

As the country’s first solar energy company to obtain an electricity retail license, they have now officially launched its first clean energy products under SolarSpaceTM. There are four tailored SolarSpaceTM platform packages - SolarFlex, SolarLite, SolarPeak and Solar100 - which vary according to the blend of clean energy required by individual consumers.

We visited the project in Singapore to understand better this new revolutionary idea. Is it Sun Electric the “ÜBER” of Solar Energy?  Would you buy “private clean energy" packages?

Check the video and give us your opinion.