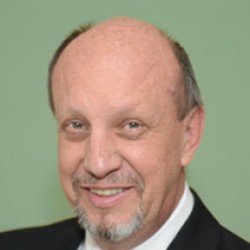 The term plastics is very broad and each reader will naturally relate to a different product. Here, I include as a plastic any polymer (large molecule composed of many repeated subunits), thermoplastic or thermoset, elastomer, rubber, copolymer, or resin in any form (pellet, powder, liquid, etc.).

In terms of demand, the graph breaks this into “Current” and “Future” categories. Each market analysis has a different year as base line, with 2012, 2013, and 2014 being called current. Future demand is considered five years ahead, correspondingly: 2017, 2018, and 2019. In a perfect world, we should have one single year as a base line, but different sources use different starting dates for their market data. In that regard, we need to see the data below in the perspective of magnitude and general direction, and not as a precise number.

The global capacity for all plastics families is around 455 million MT (1 trillion lb.) where Asia-Pacific presents higher capacity than all other regions together as shown in Chart I.

Chart II captures the operation rates for each region.

The analysis of operation rate can be considered under two perspectives: unit cost and product availability.

North America‘s higher percentage represents lower unit fixed cost (in manufacturing and expenses), compared to the other regions on the same basis. Basically, this is because we divide all fixed costs and expenses by a higher volume of products. However, each plastics family presents a different impact of fixed costs on the total cost, as well as the magnitude of fixed costs from different sizes of the plants. For example, with polystyrene, the unit fixed cost can be 10% to 16% (highest to lowest capacity) and with LLDPE, 33% to 42%.

The second perspective is to see where there may be more products available to buy from, in terms of percentage of capacity (not quantity itself). Of course, the quantity of 18% (available capacity) in North America capacity (11 MM (million) MT) is higher than 29% in Latin America (5 MM MT). It is very probable that the region with lowest operation rate may offer a lower price in order to increase their capacity utilization (for example, the Middle East and Asia-Pacific).

It is important to turn our attention to the trade between regions. In part, imports reflect how a region covers its internal demand and also opportunity for purchases from lower-cost regions.

Asia-Pacific represents 50% of all importation of plastics in the world and represents 27% of their demand. Regions with high percentage of imports (like Latin America and the Middle East) reflect the lack of local installed capacity. The plastics families with high volume trading are PP (18 MM MT), HDPE (16), LLDPE (11), PVC (9), natural rubber (8), and LDPE (8).

Exports reflect the competitiveness of regions across the world.

As we see in Chart IV, Asia-Pacific is the biggest exporter because of its huge installed capacity. On the other hand, the Middle East and North America are areas that represent the highest export percentage compared to their installed capacity, showing their competitiveness based on lower feedstock costs.

All 35 plastics families in my analysis present a current demand (see background note above) of 340 MM MT, which is expected to grow globally at a rate of 4.1% per year reaching 417 MM MT in the Future.

In Chart V, we see that the Asia-Pacific presents the highest global demand, both Current and Future, followed by Europe, North America, the Middle East, and Latin America.

In Chart VI, we see the Compound Average Growth Rate (CAGR) for the internal demand in each region. From a growth perspective, the Middle East has the highest rate at 10 MM MT, whereas Latin America has the third biggest rate at only 3.7 MM MT. Developed regions like Europe (lowest growth rate) represents 6 MM MT, and North America shows 6.7 MM MT. Again, Asia-Pacific has the highest impact on Future demand with 50 MM MT of Plastics.

In terms of plastics families, the biggest growth rates are with biodegradable polymers (12.7%), silicone (7%), natural rubber (5.6%), polyvinyl butyral (5.3%), and polyamides (5%). Even with high growth, these plastics have capacity available to attend the demand.

Although it is considered mature, the plastics industry is still showing growth rates higher than GDP. This will be driven by consumer purchasing power improvement as well as convenience of plastics over other materials in our lives.

From the business perspective, it is imperative to understand the supply-demand of each plastics family and the competitive position in each region in order to define long-term business strategy.

From the purchasing perspective, we need to educate ourselves about each plastics family we buy at a granular level so we can select the suppliers that best fit our long-term needs, as well as identifying opportunity for lower-cost materials.

To ensure that more companies succeed in overcoming the challenges of difficult business environment.