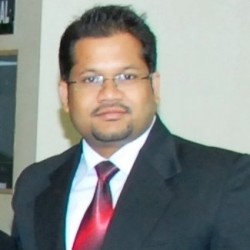 How Successful People Stay Calm Under Pressure Losing your cool at the drop of a hat can cause people to doubt your credibility as a business leader.

"Men are like steel. When they lose their temper, they lose their worth,” martial artist Chuck Norris once said. There are many situations during the course of a day that can make us lose our cool: making a mistake in plain view, getting into an argument, having to listen to criticism, dealing with bad news or facing a looming project deadline with everyone involved moving way too slowly.

It's easy to shine when everything is going well, but it's how you respond to these stressful events that sets you apart from the crowd. Losing your cool in front of customers, employees or other stakeholders has to be one of the most devaluing events.

Losing your temper once in a while is forgiveable—we've all been there. But doing so on a regular basis signals to others that you're not in control of your emotions, and this creates a doubt that puts a dent in your credibility.

There's a lot of well-meaning advice out there on staying calm, such as not taking things personally or staying positive. For most people, however, the truth is, these are hard to do in the heat of the moment when we're about to lose our cool. What's more realistic and actionable is to focus on self-care practices and make them a way of life. Here are six tips.

1. Find an Outlet for Your Frustrations

It's commonly known that a good workout at the gym helps to blow off steam. Studies show that exercise calms you down and dissipates stress. A recent New York Timesarticle, "How Exercise Can Calm Anxiety," reports that rats placed on a running regimen produced a large number of new neurons specifically designed to release the neurotransmitter GABA that inhibits brain activity, keeping other neurons from firing easily. These new neurons, which have a calming effect, have been dubbed "nanny" neurons, because they're designed to shush and quiet activity in the brain. According to researchers, it's not a huge stretch to suggest that similar remodeling takes place in the brains of people who work out.

Find an exercise outlet that works for you—whether it's running, walking, hiking, cycling, swimming, gardening or even shadow boxing—and do it for the long term.

Research involving more than a million people reveals that 90 percent of top performers are skilled at managing their emotions in times of stress to remain calm and in control. As Travis Bradberry, president of emotional intelligence provider TalentSmart, reveals, the ability to prevent emotions from boiling over and remain cool under fire has a direct link to performance.

To manage your emotions, you need to know your hot buttons—those situations and people that are likely to make you lose your patience and composure. Chances are, most of the things that irk you are of a recurring nature—they're a catalyst or a trigger that gets your adrenaline going. So start by raising your self-awareness in this crucial area, because self-awareness precedes self-management.

If you plan ahead, you can train your brain to tame your reaction to these events. For example, tell yourself that when you're dealing with a certain person or issue, you'll deal with whatever happens with equanimity. To do this, there's a repertoire of behaviors you can choose from. These include listening, being patient, not interrupting, breathing deeply, taking notes, not making a decision in the moment, and even changing your position: If you're standing, sit down; if you're sitting down, stand up, move around the room and grab a coffee or a glass of water. Do anything to buy time before you respond so you avoid knee-jerk reactions.

The more you do this, the more you'll find yourself in the driver's seat rather than letting others pull your emotional strings. As Austrian psychiatrist Viktor Frankl once said: "Between stimulus and response, there is a space. In that space is our power to choose our response." Give yourself that space.

Studies show that our body language doesn't just reflect our emotions, it can causethem. An article in Scientific American, "Smile! It Could Make You Happier," shows that Botox recipients, whose ability to frown is comp­romised, are happier and less anxious on average than people who can frown. Physically displaying expressions of negative emotions such as anxiety or anger acts like a feedback loop which, in turn, heightens that emotion.

We don't have to undergo Botox surgery to keep the frown off our face, but we can all be mindful of our facial expressions when we find ourselves in heated negotiations or important meetings where maintaining a calm attitude is crucial. Raise your self-awareness about your habitual facial expressions. Do you frown a lot? Are your facial muscles tense? Catch yourself, and relax your facial muscles. Try it right now and see what happens.

4. Dial Back on the Coffee

Ingesting more than 500 mg of caffeine a day increases anxiety—the antonym of calm. On average, a cup of brewed coffee contains 100 mg of caffeine. So if your daily routine includes drinking five or more cups of coffee, you may be brewing some trouble for yourself. This is an easy change to put in place on your road to a calmer disposition.

5. Get Pen and Paper

A University of Chicago study shows that writing down our negative thoughts or worries about an upcoming important event has a calming effect and can improve our performance. The act of writing our thoughts down forces us to give coherence to stressful thoughts, which not only lessens the intensity of these thoughts but can even negate them. The study has shown that pressure-filled situations can deplete a part of our brain's working memory and make us less effective to remain calm and think clearly.

To prevent worries, stress and anxieties from sapping your brain power when you need it, get in the habit of writing down your worrisome thoughts. You can do this any time during the day, but it's most important just before a high stakes event. If you prefer, you can also use an app such as The Worry Box to capture your thoughts.

A good practice, as well, is to carve out 20 minutes in the early evening to write down anything that's been worrying you. Sleep experts Colleen E. Carney, Ph.D., of Ryerson University in Toronto andRachel Manber, Ph.D., of Stanford University recommend you take a piece of paper and divide it into two columns: One column is for "Worries and Concerns," and the other is for "Next Steps" or "Solutions." Even if you don't have a solution, the act of writing down your worry makes it less likely that it will follow you to bed.

What keeps you awake at night?

6. Listen to "The Perfect Relaxing Song"

Lyz Cooper, founder of The British Academy of Sound Therapy, partnered with neuromarketing firmMindlab International to work on what's been dubbed "the most relaxing track in the world." You can access the eight-minute song here.

"The song makes use of many musical principles that have been shown to individually have a calming effect," Cooper says in an interview with The Telegraph. "It contains a sustaining rhythm that starts at 60 beats per minute and gradually slows to around 50. While listening, your heart rate gradually comes to match that beat." One study, described in this video, shows that listening to the song slows the heart rate, reduces blood pressure and lowers the stress hormone cortisol.

To strengthen your calming muscle, practice relaxing at a deep level. Listening to this piece of music is one way to do this. Give yourself these eight minutes every day.

Some people are naturally gifted with a calm personality, and it gives them a competitive advantage. For the rest of us, putting some of these practices to use is a wise thing to do.

"The more tranquil a man becomes, the greater is his success, his influence, his power for good," philosopher James Allen once said. "Calmness of mind is one of the beautiful jewels of wisdom." Source @Bruna Martinuzzi