Leadership - Are You So Busy Driving, That... 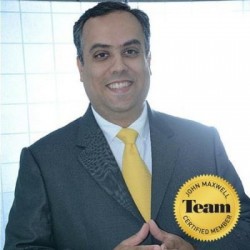 Leaders in an organization always wear two hats. That of a Leader and of a Manager. As a manager, they need to consistently juggle many balls in the air (sometimes just too many balls.) They have to be on top of the "going ons" and make sure that they deliver on the expectations of many many stakeholders. As a leader, they need to make sure that their organizations not only do the right things, but do it in the right way.

Most leadership qualities be it influencing others, resilience, collaboration, empathy, decision making, purposefulness, perseverance, connecting with people are influenced by their emotional intelligence.

Emotional intelligence is blending thinking and feeling to make better decisions. It means being aware of what's happening on the emotional front - with you and with others. Acknowledging that and finding a meaningful way to navigate through that. It is the ability to take a pause in the moment to evaluate what's going on inside and to collect yourself before taking the leap. Very recently, I heard this phrase - "Too busy driving that I forgot to fill fuel, forget enjoying the scenery" I could easily draw parallels to the fast paced life that all of us lead. Almost everyone is busy doing things on autopilot that sometimes we aren't even sure why we are doing some of the things that we are doing.

Driven By Sense Of Purpose

One of the signs of an emotionally intelligent leader is being purposeful. One way of being a purposeful leader is to exercise Values based leadership.

Leaders driven by values take pit stops from time to time to evaluate where they are headed. Driven by their value system they put hard checks in place to evaluate what they want to accomplish and put practices in place that allow for them to do course correction. They know, it is important for them to take stock of what's going on. What are their options and to assess, what is it that they really want?

An expert facilitator, trainer, coach and keynote speaker with an experience of over 20 years in enhancing organizational effectiveness by improving people capability.