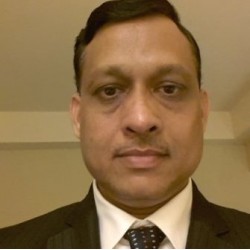 Requirement of Independent Safety Assessment (ISA) for Tunnel Ventilation System (TVS) has always been subject of discussion whenever a Metro authority deciding of ISA for Train Control & Signalling System (TCS).

Opinion are divided over whether TVS should be taken upto the extend of ISA regimentation (as administered on Train Control & Signalling System) or left it to the TVS supplier/solution provider.

Most of the Metro Rail Projects are considered ISA administered as long as they go for TCS ISA.

As other critical Operation oriented system like Track, RST and Traction; separately and independently governed by Sanction of CRS (Commissioner of Railway Safety) and EIG (For Power Supply only) for assessment of their suitability and authorizations for inclusion in operation; although its integration with other system are assessed in very limited manner unlike administration of ISA for TCS . (This para is specifically related to Indian Metro Railways System)

Most hazards listed in Railway Domain are - Head On Collision, Rear End Collision, Side Collision, Derailment apart from Fire, intoxication, asphyxiation, suffocation, burn, explosion etc. It is the TVS; which always among one of the Railway Systems to play major and critical role in emergency evacuation. Even in normal case of failure of RST or Traction system inside a tunnel; role of TVS is critical for safe evacuation. And no doubt for maintaining tenable atmosphere inside the tunnel; TVS is there for its primary role to provide. Working of TVS under Normal Mode, Degraded Mode and Emergency Mode invites considerable Safety Critical concerns.

Unique characteristics of a Tunnel affected by geological features of the locations and geometry of tunnels including stations.

TVS is directly related to critical environmental parameters like Pressure, Velocity (Flow of Air inside Tunnel) and Temperature; their assessment is very delicate and dynamic in view of many assumptions required.

Critical interface of TVS is associated with RST design as aerodynamic load effects on operating Rolling Stocks. The transient loads on the Rolling Stocks structure as well as on other vehicle components are developed due to difference of pressure between outside and inside the RST. Highest value of this load can be reached along the entrance and passage through a tunnel. When a train passes through a tunnel, generated Pressure wave propagate along the tunnel approximately at sonic speed. These pressure variations may pass into the interior of the train; if they are not pressured-sealed, and may cause discomfort to passengers. Type of materials used in RST and their Fire Rating /Loads also has critical role in case of fire inside a tunnel.  TVS and RST has reciprocal design affects; thus has critical point of interface.

Electronic sensors are critical End-Point devices which provide sensitive informative inputs whereas PLC has core role in supervisory control and Data acquisition system of the TVS.

Design, Installation and Operation of TVS must be assessed with respect to SOD (Schedule of Dimension) of Tunnel where even laying of water pipes inside the tunnel may have been explored.

In backdrops of many facets of TVS; involving safety of Metro Rail Operation and its undergoing converging factors of compliances of Specific Standards (like EN 50126, EN50128, EN50129, EN14067, NFPA 130 etc for its system assurances), it is advisable that TVS must be considered for administration of regimented ISA alongwith other selected systems, when it is claimed that Metro Railway system has to undergo ISA.

Effective and efficient utilization of optimum resources with introduction of suitable procedures and mistake proofing mechanism.