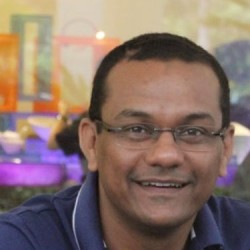 As part of one of my coaching assignments, I work with Rohan (name changed) – COO of a mid-sized services firm. As COO, he manages the India based delivery center for a firm that is going through a fast-paced and competitive growth phase. With his manager – the CEO, based in the US, Rohan has a challenging role to play in India.  Emphasis on increasing efficiency, cost management, transforming core aspects of the business and employee engagement are just some of the few things his annual goal sheet reads.

Rohan is very energetic, intelligent, has great pedigree, and has been a steady top performer through his career. His greatest high in life is – problem solving in a tough situation. When Rohan joined the firm 6 months back, the goals seemed challenging  - he would get to  engage with people, impact the firm’s P&L , increase overall efficiencies and most importantly learn, assess and upskill himself .This truly was the high he was looking for, other than of course joining the C-suite bandwagon and a fat pay check!

At a recent feedback review with the CEO – Rohan got feedback on his performance and on how he  has not been able to deliver towards the mandate and expectations that were set. His defense – I have been trying very hard and have nearly exhausted all that I could do and think of!

For the first time in his life, Rohan realized, with all the perks and glory C-suite holds, there comes a great sense of loneliness !

In one of our conversations soon after, I asked him – “have you thought about asking for help from your team?”. He looked at me with surprise – “why will I do that?”. And then followed a number of questions – “What will they think – that my boss doesn’t know how to go about his job? Why was I hired and what am I being paid for?” ….a pause….”What will my boss think – has he hired a moron? What will happen to my performance appraisal?......I have a reputation to keep! I can’t be seen as ignorant and a moron!”

Asking for help wasn’t something our education systems and upbringing ingrained in us. We grew up being told repeatedly - be strong, confident and independent, and we assumed that the opposite trait would be a bad thing.  The intensity keeps increasing as we move up in life – chances are you believe it’s better to give than to receive. We love our self-sufficiency to a point where we are reticent about asking for help.

What happens if we look at the’ ask for help’ a bit differently? It can be a very powerful tool - to not just solve difficult problems and get desired results but also to connect with and build a very engaged team.

On top of it, you feel better – there are others who are trying to help you and your issues get resolved more effectively. A win-win outcome for all – much more effective decision making and highly engaged workforce. You’ll soon realize, asking for help is hard but so much better than going it alone.

But is it easy to ask for help? No…if you are doing it for the first few times. Maybe you might want to position it slightly differently….not saying that you need help, but saying that let’s solve for the problem together! Just set up the context…and then you are ready to go! Sometimes, do it even if you know what needs to be done…..not for the solutions but for all the reasons mentioned above.

Because, as they say -knowing when you need help, clearly articulating it, and asking for help reveals strength, not weakness.

I am passionate about supporting individuals, teams and organization be successful