H.E. Tomasz Kozlowski - Ambassador of the European Union to India and Bhutan 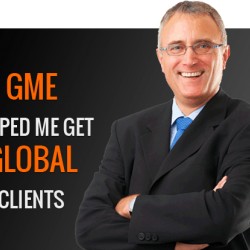 Meet our speaker, H.E. Tomasz Kozlowski at the 3rd Edition of Indo-European Conference on Standards and Emerging Technology.

H.E. Tomasz Kozlowski is the Ambassador of the European Union to India and Bhutan (non-resident).

Prior to his posting in New Delhi, he served as the Ambassador of the European Union to the Republic of Korea (2011 - 2015). During his tenure, he played a crucial role in the implementation of the EU-Korea free trade agreement (FTA).

Since 2004, he has been working for the European Union in Brussels as Head for Asia at the Office of Javier Solana, EU High Representative for Foreign Affairs and Security Policy and later as Principal Adviser for Asia and Latin America at the European Commission.

Before joining the EU, he was a member of the Polish Diplomatic Service. He was posted at the Polish Embassies in Indonesia and Malaysia. He served as the Ambassador of Poland to Pakistan (concurrently accredited to Afghanistan) in 2001 — 2003 and as Director General for Asia at the Ministry of Foreign Affairs in Warsaw in 2003 — 2004.

He also worked for the United Nations in Cambodia (1993) and South Africa (1994). His publications include articles and book chapters on development cooperation, #security issues and EU-Asia relations.

Mr. Kozlowski is married and has three children.

Web Admin at Get Me Experts