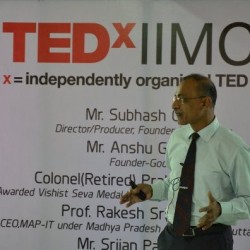 Be Alert . Be Aware . Be Safe .
Women Safety Tip # 77
What we could Emulate from Chennai (WOSAF)

1. Police Sensitization and Presence
Increased police presence and a change in attitudes among police officers towards women.

2. Ease of Reporting
Need to improve the ease of reporting crimes.
Simple answer is not women police but police officers of both genders who are sensitive to the needs of those who come to them with complaints. Mobile complaint and counselling units travel to different neighborhoods to seek out complaints from those who might be hesitant to come forward.

3. Safer transport
Make women feel safer in public transport goes a long way to improving overall safety in the city. A woman constable travels on each bus on routes where harassment is highest.

4. Long-term Action
The harmful attitudes Indian men have towards women.
Start focusing on prevention, to tell people what is acceptable and what is not acceptable. Awareness campaigns target people in offices, schools, as well as in public spaces.

Make the World a Safer place for Women ...

A seasoned professional with 34+ years of experience in leadership, management, business strategy, administration, recruitment and consultancy in Indian Army, IT, core and education domain.