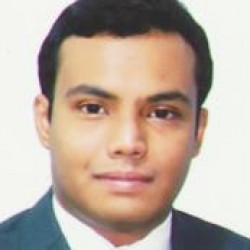 The Gig Economy can be defined as an economic environment in which temporary positions are common and organizations contract with independent workers for short-term engagements. Workers get access to individual ‘gigs’ (temporary work contracts) using a website or mobile app that helps to match them with customers’ requirements. Freelance workers can select from among temporary jobs and projects around the world, while employers can select the best individuals for specific projects from a larger pool than that available in any given area. Some gigs may be very brief, such as answering a 5-minute survey, while others can be over a year, like an 18-month database management project. Gig economy can improve work-life balance over what is possible in most jobs. The model is powered by independent workers selecting jobs that they're interested in, rather than one in which workers are forced into taking up assignments. The most popular jobs in the gig economy are: Arts and design (musicians, graphic designers, and craft and fine artists) Computer and information technology (Web developers, software developers, and computer programmers). Construction and extraction (Carpenters, painters, and other construction workers) Media and communications (technical writers, interpreters and translators, photographers) Transportation and material moving (Ridesharing, delivery drivers) According a study by Intuit, by 2020, 40% of workers in the US would be independent contractors., suited for the gig economy model. The characteristics of the gig economy are captured in the table below.

Head - Client Acquisition (Smart Cities) at Get Me Experts!

I have expertise in sustainable energy for over 6 years and international experience in multiple domains and roles.