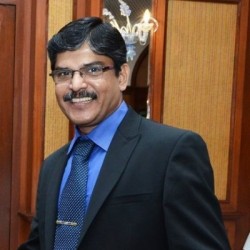 Be nervous: It is not the fear of public speaking but fear of either not knowing your words or being found out that you don't know. A little nervousness forces us to prepare and become alert.

Have anecdotes: If you have anecdotes the delivery can be taken care of, a story, an incident ….. having a beginning, a middle and an ending is a great way to make a point and keep the audience clued in.

Speak your speech: Do not read the speech. It insults the audience and makes it boring and monotonous. Jot down the main points and connect with the audience. The speech should appear spontaneous.

Make a phrase or one-liners, which an audience will remember: This will be the take away for the audience. They might forget the speech but will always remember these one liners. Remember what you remember about the Nehru independence speech -'The India awakes when the whole world sleeps…." Or Kennedy's speech ask not what the country has done for you but what you can do for your country…..

Write your own introductions: So that you can start your speech right away instead of correcting your introduction which might be incorrect or not updated. You can also set the mood in the beginning.

Get serious: A speech cannot be only based on style. Style is important but so is the content. Do not make a mistake of ignoring the content and only concentrating on style or vice versa . The audience needs to be charmed but the objective of the speech should not be forgotten.

Conclude the speech: End the speech at the right time. While concluding speakers have the tendency to ramble and be repetitive. Audience sense the ending of the speech and if the speaker is going on and on while concluding, it makes them restless.