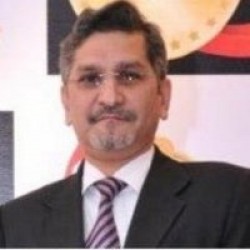 Personally, I am aghast at the way the “Cauvery Water” issue or should one call it a crisis has been spanning out – strikes and counter strikes in the two states of Karnataka and Tamil Nadu; street fights and stone pelting on private and public properties, burning and damaging of private and public vehicles. The states even went to the court of law to find resolution of the issue. All of this for one resource - WATER. With variations and deficit rainfall likely to grown over years, such issue /crisis if not resolved would lead to law and order concerns year after year. In fact, the World Economic Forum's (WEC) 2016 Global Risks Report lists the water crisis as one of the three biggest challenges the world faces.

Firstly, water management should be managed and handled by the Central Government as a "national" and "central" resource. If the same is done, management of the water resource would be easier and much smoother. States will not have the option to rush to court of law for decisions on allocation and distribution of water. Secondly, as water would be a "national" resource, its "central" management would ensure its uniform and fair distribution and will ensure overall uniform development of all stakeholders and regions concerned.

In fact, the "Cauvery Water" issue / crisis itself should be a learning experience and used as an opportunity to find possible innovative solutions. The traditional approach - there are rivers, the government should build dams on these rivers and then water could be appropriately distributed to all stakeholders approach may not work in the future. It is true that the approach seems to have worked for the last sixty (60) years and was appropriate when we did not have the dams and the entire water resources of the rivers just flowed into the sea, but now has "outlived" its purpose. With changing times and with industrialization, coming up of townships, irrigation of farmlands around the dams and the canals there is tremendous pressure for water and its use by / from all stakeholders associated with it. This has made water a key resource for development and a commodity which no state government wants to really part with.

There is a need to look at innovative solutions to improve the groundwater levels and then use of ICT solutions to manage it effectively and efficiently. Proposed solutions should become a "mandatory" criteria when identifying and selecting Smart Cities projects and implementation monitoring of water management projects in Smart Cities should be under a "joint monitoring" by the department in the Ministry of Water Resources, Government of India and the Ministry of Urban Development, Government of India.

The NEW approach and solutions to Water Management need to be holistic in nature and around - drilling deep wells, massive desalination, reusing treated sewage for farming, finding and fixing leaks early, engineering crops to thrive in onerous conditions, discouraging gardening, making efficient toilets mandatory, and pricing water to discourage waste. Other technology solutions like - Thermal Imaging for Irrigation guidance can also help converse water too. Some of the stuff that could be made COMPULSORY in a Smart City project under the Smart Cities Initiative -

I believe, to build a truly sustainable and efficient Smart City, a Smart City project needs to provide and implement long-term and right solutions to address the water needs of its citizens and community.