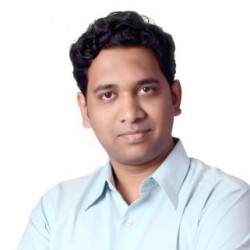 ESCAPING COMPETITION will give you a monopoly, but even a monopoly is only a great business if it can endure in the future. Compare the value of the New York Times Company with Twitter. Each employs a few thousand people, and each gives millions of people a way to get news. But when Twitter wentpublic in 2013, it was valued at $24 billion—more than 12 times the Times’s market capitalization—even though the Times earned $133 million in 2012 while Twitter lost money. What explains thehuge premium for Twitter?

The answer is cash flow. This sounds bizarre at first, since the Times was profitable while Twitter wasn’t. But a great business is defined by its ability to generate cash flows in the future. Investors expect Twitter will be will be able to capture monopoly profits over the next decade, while newspapers’ monopoly days are over.

Simply stated, the value of a business today is the sum of all the money it will make in the future.(To properly value a business, you also have to discount those future cash flows to their present worth, since a given amount of money today is worth more than the same amount in the future.)

Comparing discounted cash flows shows the difference between low-growth businesses and high growth startups at its starkest. Most of the value of low-growth businesses is in the near term. An Old Economy business (like a newspaper) might hold its value if it can maintain its current cash flows for five or six years. However, any firm with close substitutes will see its profits competed away.

Nightclubs or restaurants are extreme examples: successful ones might collect healthy amounts today,but their cash flows will probably dwindle over the next few years when customers move on to newer and trendier alternatives.

Technology companies follow the opposite way altogether. They often lose money for the first few years: it takes time to build valuable things, and that mean delayed revenue. Most of a tech company’s value will come at least 10 to 15 years in the future.

LinkedIn is another good example of a company whose value exists in the far future. The news is all over the world already ;). As of early 2014, its market capitalization was $24.5 billion—very high for a company with less than $1 billion in revenue and only $21.6 million in net income for 2012. You might look at these numbers and conclude that investors have gone insane. But this valuation makes sense when you consider LinkedIn’s projected future cash flows.

For example, rapid short-term growth at both Zynga and Groupon distracted managers and investors from long-term challenges. Zynga scored early wins with games like Farmville. But they ended up with the same problem as every Bollywood studio: how can you reliably produce a constant stream of popular entertainment for the audience? (Nobody knows.) Groupon posted fast growth as hundreds of thousands of local businesses tried their product. But persuading those businesses to become repeat customers was harder than they thought.

If you focus on near-term growth above all else, you miss the most important question you should be asking: will this business still be around a decade from now?Numbers alone won’t tell you the answer; instead you must think critically about the qualitative characteristics of your business.

10 years of experience in Finance and Team handling.